One of The Best Criminal Defense Attorneys in the Nation

Over 40 years of experience

or over four decades, I have dedicated myself to the defense of citizens facing criminal charges or who are under investigation. Throughout my career I have won acquittals and dismissals of the most serious criminal charges for hundreds of clients. I have achieved highly successful results in every imaginable type of case: white collar financial crimes; Ponzi schemes; bank fraud; Medicare and Medicaid fraud; drug conspiracies; money and property forfeitures; homicide; racketeering; robbery; sexual battery; kidnapping; traffic homicide; manslaughter; DUI and more. 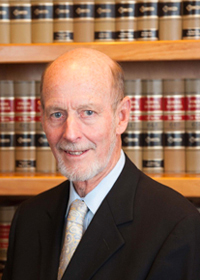 ill Tunkey is a well-recognized trial attorney who offers clients more than 40 years and hundreds of cases of experience.

In addition to his exceptional trial skills, Bill is a highly skilled negotiator. By example, over the past two years he has defended over a dozen physicians who were being investigated for health care fraud and violations of the anti-kickback statute. Bill obtained civil money settlements for the majority of these physicians. Of those charged with and sentenced for a violation of the criminal laws, Bill has convinced prosecutors that probation — without a jail term — was the appropriate punishment, regardless that the Federal Sentencing Guidelines recommended prison sentences.

U.S. Supreme Court. To this day, no student will become a lawyer without knowing the landmark U. S.  Supreme Court decision of Strickland v. Washington, 466 US 668 (1984), in which the U. S. Supreme Court unified conflicting state and federal approaches regarding a defendant’s fair trial protection under the Sixth Amendment. Under the authorship of Justice Sandra Day O’Connor, the Court formulated the still valid standard to determine a trial lawyer’s discretion to introduce mitigating circumstances and ruled that Bill Tunkey, the lead counsel for Mr. Washington, satisfied the test and provided effective assistance of counsel to his client.

Accolades and Admissions.  For decades, Bill has been recognized as one of Miami’s and Florida’s finest and most respected criminal defense attorneys. For well over 35 years, Bill has earned and maintained preeminent “AV” ratings with major professional peer reviews such as Martindale Hubbell and Super Lawyers (a service of Thomson Reuters).  Bill is licensed to practice throughout Florida. He is admitted to the United States District Court’s for the Southern and Middle districts of Florida, the U.S. Tax Court, the U.S. Supreme Court and the 11th Circuit Court of Appeals.  He has appeared pro hac vice in federal and state courts across the United States.

Bill and his family live in the Miami, Florida area.

text us any time

We're not around right now. But you can send us an email and we'll get back to you, asap.